Not fun. I just spent like 1.5-2 hrs messing around with this pulling my hair out.

So I have an asus p8z77 which supports uefi. I just recently acquired a IBM Serveraid M1015 and read this awesome post about flashing different LSI
firmwares to the card to enable pass-through etc..

I decided I wanted to flash the “IR” firmware to get the best of both worlds. So I made my usb boot key: 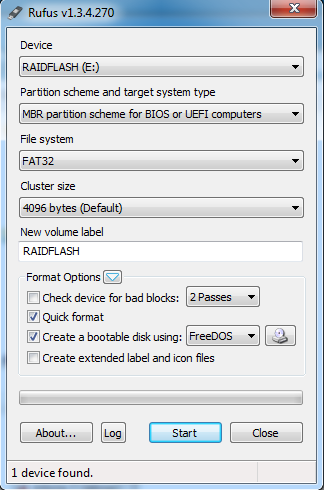 Then I copied over the sas2008 directory from this download link provided at that post: sas2008.zip and just dropped it in the root of my usb key.

So my usb path looked like: “USB:sas2008? (don’t worry if you don’t have the efi directory…read on)

However, upon booting to FreeDOS, I was able to execute the first two commands:

^Those actually clear the current firmware on the card. When running the third command,

I got the infamous:

What does this mean? So aparantly, since I have a UEFI BIOS, I need to use a “UEFI shell” (didn’t even know this existed) in order flash the firmware. What’s nice, the edi executable file, sas2flash.efi, is already available in that sas2008.zip package (thanks very much to the person who packaged that together!).

However, my BIOS doesn’t have a native EFI shell to launch into….It does however have the capability (from the “Exit” menu) to load one from a USB key.

If you look at the screenshot above, I have an efi directory. What I did was download this shell from here (“Precompiled x86_64 UEFI Shell v1 binary”) and create a directory sturcture like this with the file: “USB:efibootbootx64.efi”

Now, all I actually had to do was boot directly to the USB key and this weird yellow shell automagically loaded. It looks something like this if your interested: 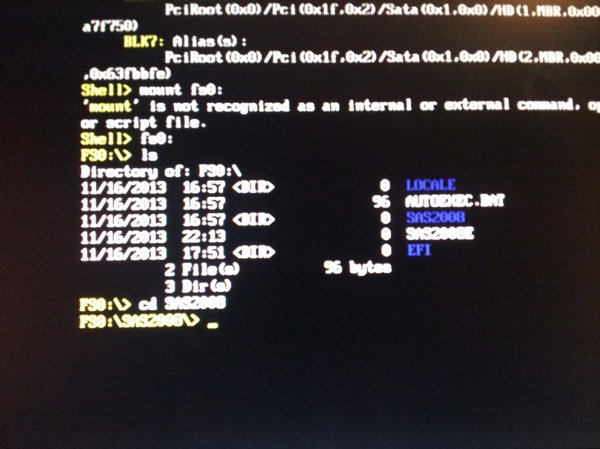 (NOTE: That screenshot shows some commands failing…that was me trying the v2 Shell….aparantly it doesn’t have support for some commands we need! Use v1!!!)

There is also another person who had to do a very similar process to mine in which I got the following mostly from him…here.

Now once your in the shell, you can use the “map” command to see your disks, looking for the alias to the USB key itself. For me, it was fs0: so my process worked like this:

!!!! That Worked !!!! Be sure to unplug the usb key. You now have the IR firmware. The drives (connected to the card) are default pass-through unless you explictly go in the utility (Ctrl+c at boot it seems) and setup a raid array.

For the record, here is an image of my sas address I gleamed off the card before actually putting it in my system: 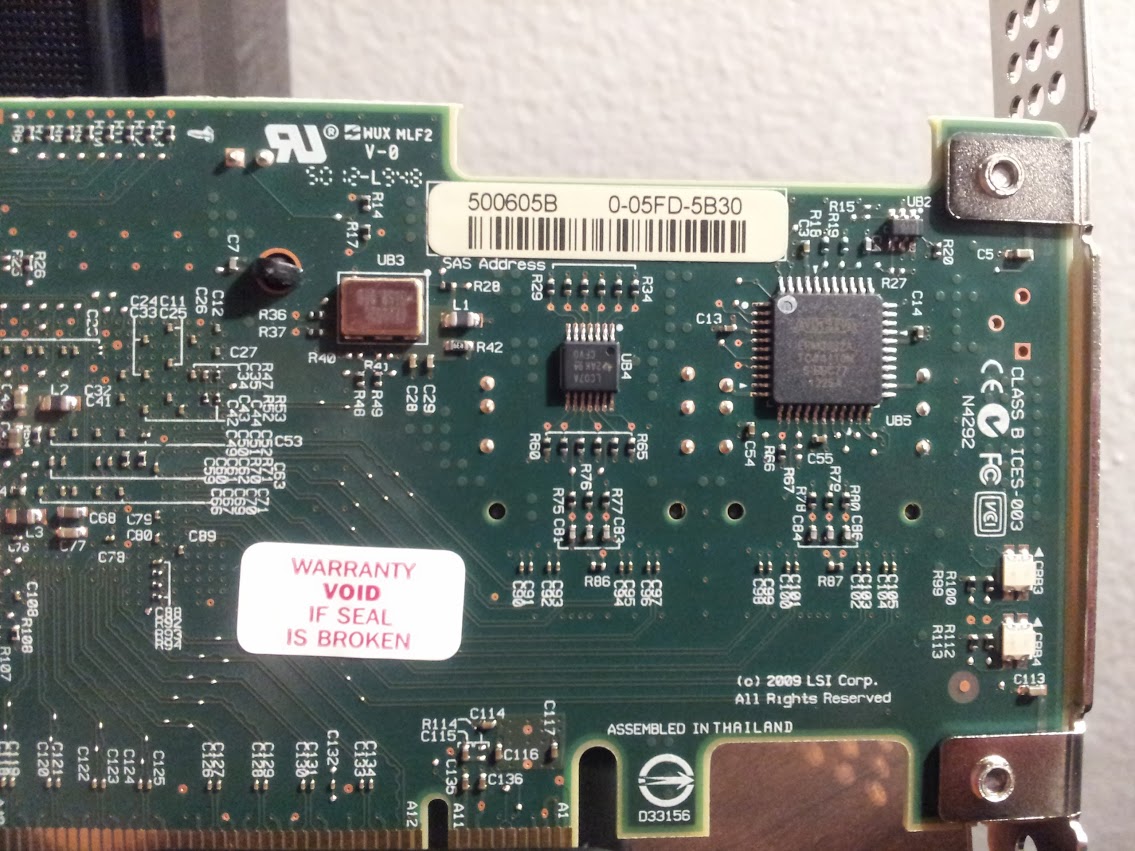 All in all, this was a PITA to figure out…glad I did…Hopefully this post helps some people. Of course, you could always just flash the card on a computer from 1998. That’s always an option :)